Lowdown on Federal Tax Proposals for Businesses and Individuals 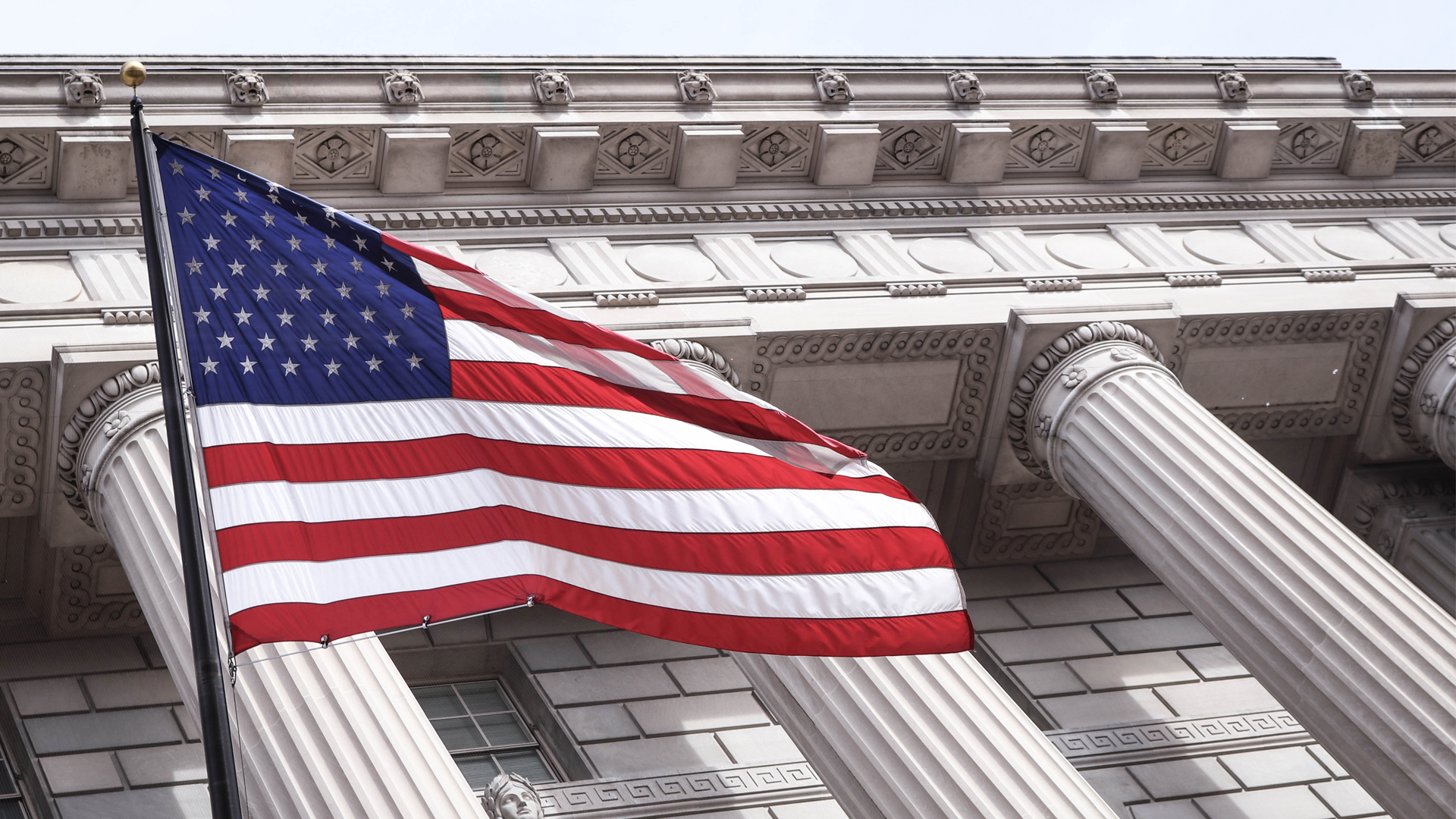 A Baltimore, MD native, John joined PKS in 1985 and became a Partner in 1988. Best described as energetic, enthusiastic and passionate, John loves what he does for a living. When asked what he enjoys most about accounting his answer is simple, “It is a people business not just numbers.” From coaching softball to serving on boards, John’s willingness to help people is evident in his involvement throughout the community. John and his wife Dawn live in Salisbury and have six children. Outside of work John enjoys fishing and traveling.

The U.S. Department of Treasury released its “Green Book” in May entitled, “General Explanation of the Biden administration’s Fiscal Year 2022 Revenue Proposals.” It contains detailed information about President Biden’s proposed tax changes. Meanwhile the House Ways and Means Committee has released proposed legislation that includes some of Biden’s proposals, while tweaking and eliminating other changes proposed in the Green Book.

These tax change proposals would fund infrastructure projects, expanded social programs and green energy initiatives. For example, they would extend though 2025 the enhanced Child Tax Credit and the new method of distributing monthly advance tax credit payments to eligible recipients. Currently, these payments will only be sent through December of 2021. Other proposals made by Biden and Congressional Democrats include:

It’s still unclear which proposed changes, if any, will actually become reality. (Some proposals have already been eliminated recently, and there’s discussion of cutting others.) Any proposed legislation would have to be passed by both houses of Congress and signed into law by President Biden.

Here’s a brief summary of key changes proposed in the Green Book and some others in proposed legislation drafted by the House Ways and Means Committee that, if enacted, could affect businesses and individual taxpayers, including business owners.

One of the biggest changes in the Tax Cuts and Jobs Act (TCJA), which generally became effective in 2018, was the installation of a flat 21% corporate federal income tax rate. Before the TCJA, the maximum effective rate for profitable corporations was 35%. Biden’s tax plan would increase the corporate tax rate to 28% for tax years beginning after 2021.

Under the draft House Ways and Means legislation, the top corporate tax rate would be raised to 26.5%. Specifically, in that plan, the current flat 21% rate would be replaced with the following graduated rate structure:

The benefits of the graduated rate structure would be phased out for corporations with taxable income above $10 million.

Starting in 2022, Biden’s plan would raise the top individual federal income tax rate on ordinary income to 39.6%. This is the same as the top rate that was in effect before the TCJA. The rate increase would affect the following taxpayers:

Under the proposed House Ways and Means legislation, the maximum federal rate on ordinary income would also be increased to 39.6%. The rate increase would affect the following taxpayers:

For gains recognized after a yet-to-be-determined date in 2021, the Biden Administration had proposed that high-income individuals would face a 39.6% maximum rate on net long-term capital gains. After tacking on the 3.8% NIIT, the maximum effective rate would be 43.4% (39.6% + 3.8%) compared to the current maximum effective rate of 23.8% (20% + 3.8%). If this proposal were to pass, the same maximum rate increase would apply to qualified dividends received after that date.

This proposed retroactive rate increase would only apply to taxpayers with adjusted gross income (AGI) above $1 million, or above $500,000 if married filing separate status is used. Taxpayers would be subject to the higher maximum rate only to the extent AGI exceeds the applicable threshold.

Under the proposed House Ways and Means legislation, the maximum federal rate on net long-term capital gains and qualified dividends would only be increased to 25%. The current version of the bill would make that rate increase retroactively effective to September 13, 2021. Under this proposal, after tacking on the 3.8% NIIT and the new 3% surtax, the new maximum effective rate would be 31.8% (25% + 3.8% + 3%) compared to the current 23.8%.

Under current law, certain high-income taxpayers are potentially subject to the 3.8% NIIT on all or part of their income from capital gains, interest, dividends, royalties and passive activities. The NIIT can hit single people and heads of households with AGI above $200,000 and married joint-filing couples with AGI above $250,000. Self-employment (SE) income isn’t subject to the NIIT under current law.

Biden’s proposed changes would target S corporation shareholders, limited partners and LLC members whose shares of passed-through ordinary income aren’t currently subject to either the NIIT or the SE tax. Under one proposed change, all income that isn’t subject to SE tax would be subject to the NIIT, for taxpayers with AGI over $400,000.

Under another change proposed by Biden, ordinary income passed through to S corporation shareholders, limited partners, and LLC members who materially participate in the entity’s business would be subject to SE tax to the extent the passed-through income exceeds certain thresholds. These proposed changes would effectively make affected pass-through income subject to either the NIIT or the SE tax, effective for tax years beginning after 2021.

The House Ways and Means draft legislation would simply impose an additional 3.8% tax on all income from pass-through entities.

The House Ways and Means proposed legislation would be less taxpayer-friendly than the TCJA when it comes to federal gift and estate taxes. For example, the TCJA doubled the gift and estate tax exemption to $10 million (adjusted annually for inflation) through 2025. For 2021, the inflation-adjusted exemption is $11.7 million. The current proposed House bill would return the exemption to its pre-TCJA limit of $5 million (adjusted for inflation) in 2022.

However, there’s some good news for some future heirs: An earlier proposal to end the stepped-up basis tax break on inherited assets isn’t included in the current version of the House legislation. That change, which would have resulted in much higher capital gains tax bills for some heirs, is gone from the proposed House bill (for now).

The Biden administration originally proposed requiring financial institutions to annually report the total amount of funds that go in and out of bank, loan and investment accounts (personal and business) that hold a value of at least $600. Reporting also would be required if the aggregate flow in and out of an account is at least $600 in a year.

As Democrats weighed including this in one of its bills, the proposal received criticism from banks and privacy advocates. A revised proposal now includes a $10,000 threshold and exemptions for some common transactions, such as payments from payroll processors and mortgage payments.

These are only some of the tax change proposals being discussed in Washington. For the Biden administration to fund its spending plans, trillions in additional tax revenues must be found. In addition to increasing taxes collected from businesses and higher-income individuals, Biden would like to increase IRS funding and beef up IRS audits.

So far, the tax change proposals introduced by the Biden administration and Democrat lawmakers have been met with universal opposition from Republicans and pushback from some Democrats. So, we’ll have to wait and see what happens. Contact your tax advisor if you have questions about how proposed federal tax law changes — if enacted — could affect you.

PKS & Company, P. A. is a full service accounting firm with offices in Salisbury, Ocean City and Lewes that provides traditional accounting services as well as specialized services in the areas of retirement plan audits and administration, medical practice consulting, estate and trust services, fraud and forensic services and payroll services and offers financial planning and investments through PKS Investment Advisors, LLC. 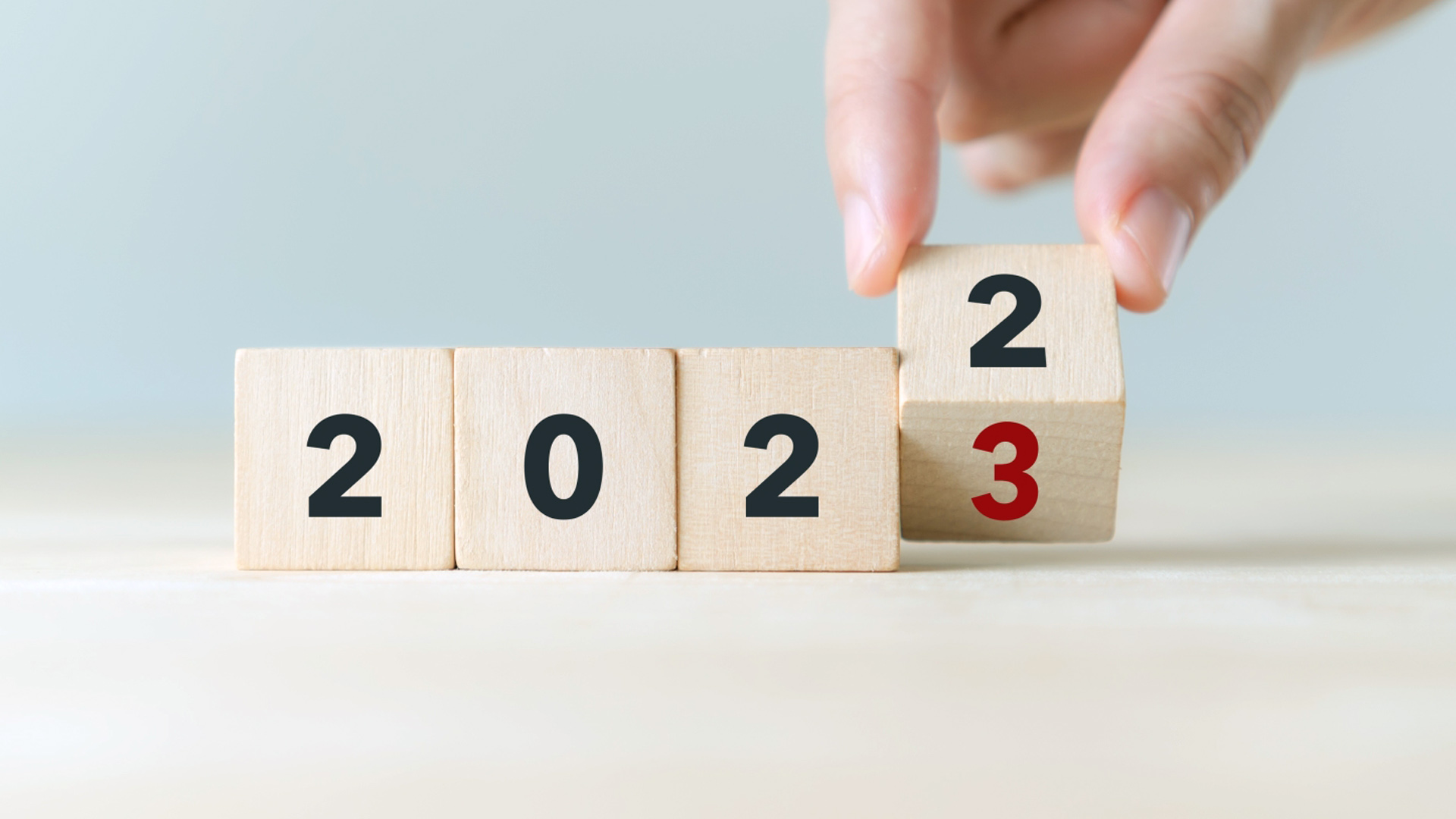 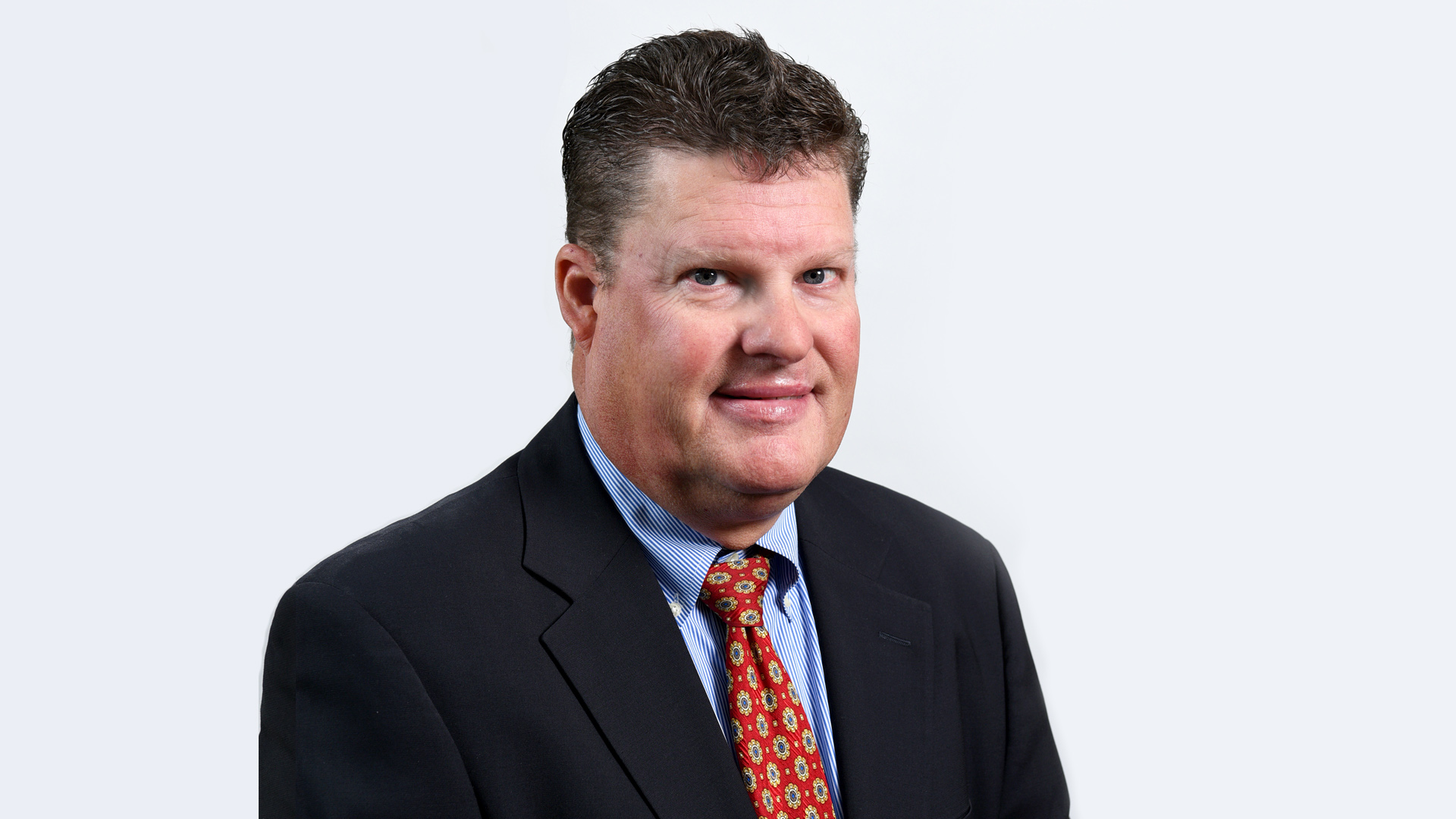 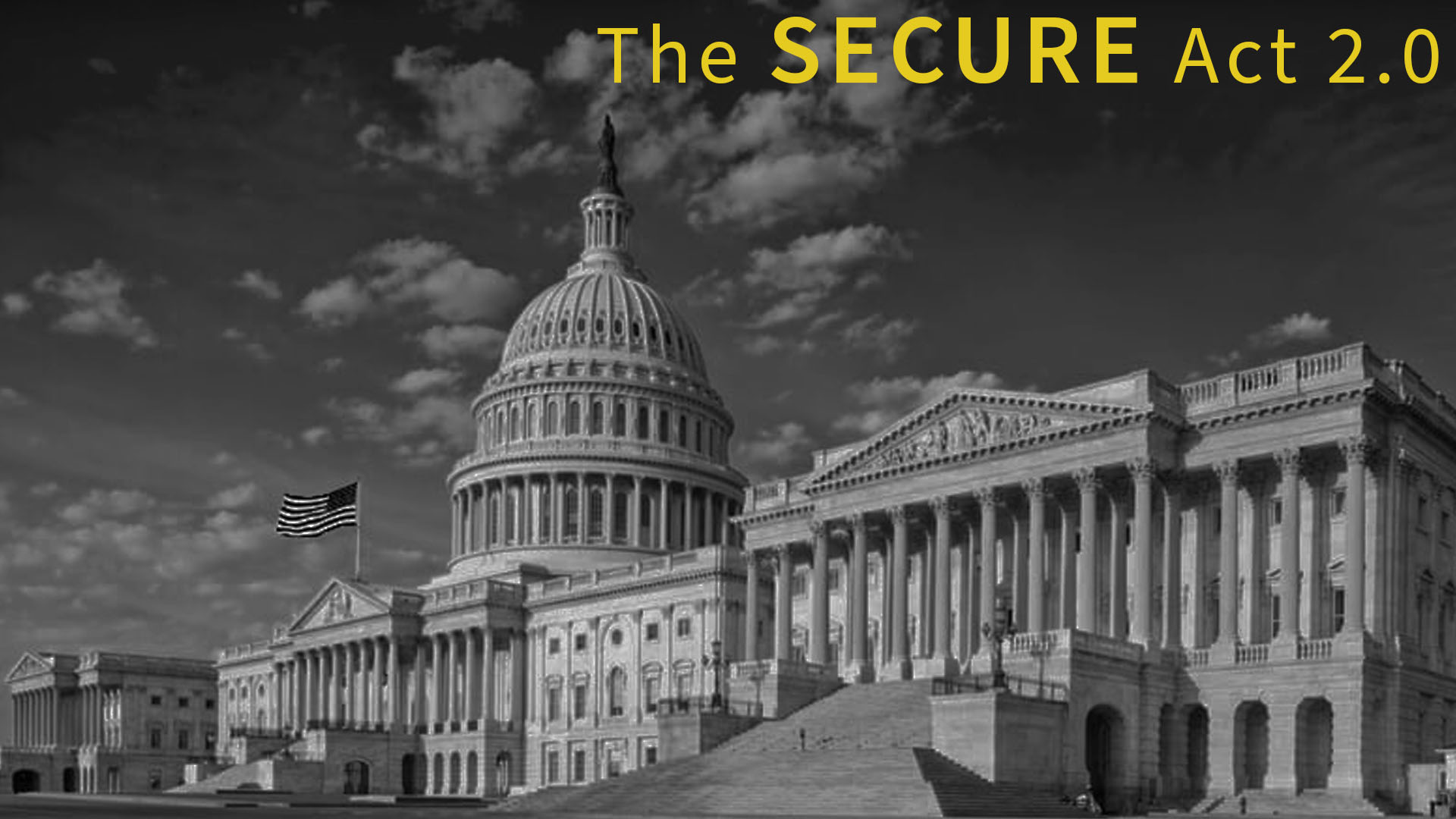 A Dozen Ways the SECURE 2.0 Law Helps Individuals and Employees

In the waning hours of the 117th Congress, a large government funding bill was passed that includes many provisions that will help Americans s
Read Full Article
VIEW ALL BLOGS